Down the Rabbit Hole (Episode 98)

A Chat About Great Sounds and Politics With Musician Matt Bird 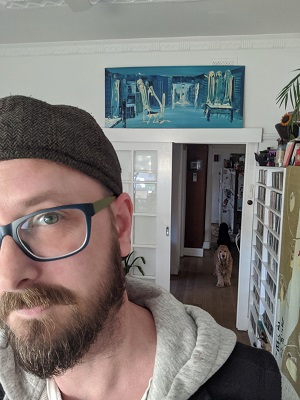 Matt Bird is a musician and DJ in Melbourne, Australia. He grew up in a small country town in Central Victoria, then learned saxophone improvisation and played in a Commitments cover band as a teen. After several years of travelling and living in England, he returned to Melbourne to a record company job, a graveyard shift on a local radio station, and gigging with various bands around town. He is now a partner at a business management firm specializing in royalty accounting, licensing, and data analysis, he runs his own small internet station, Radio P.V.S., and presents a Yacht Rock show on North West FM. In this featured interview he talks about his projects and passion for music. He and co-host Robin Renée share thoughts and info about politics in their respective countries, the impact of the former U.S. president, and what it takes to be a better world citizen.

Robin and Wendy and kick off the show with a check-in followed by 3 Random Facts, this time featuring anaconda sex, the meteorological calendar, and a leaf sheep update. All the News We Can Handle for this episode is all over the map literally and figuratively. Miami Beach spring break is spinning out of control (way beyond the usual), the family of Aretha Franklin calls for a boycott of a forthcoming biopic, Tirath Singh Rawat, the newly-appointed Chief Minister of Uttarakhand blames “ripped jeans” for problems among Indian youth, and plans are underway for the world’s first 3-D printed school in Madagascar. The tragic spa shootings in Atlanta, GA bring to light the ongoing problem hate crimes and harassment against Asian people, as well as women and sex workers, in the United States. After the interview, Wendy takes us to The Geekscape for a non-spoiler-free journey in to the Star Trek Discovery universe.

Support The Leftscape on Patreon.