Big Questions on Doing Something (Episode 119)

Peter Gil-Sheridan on His New Comedy, This Space Between Us 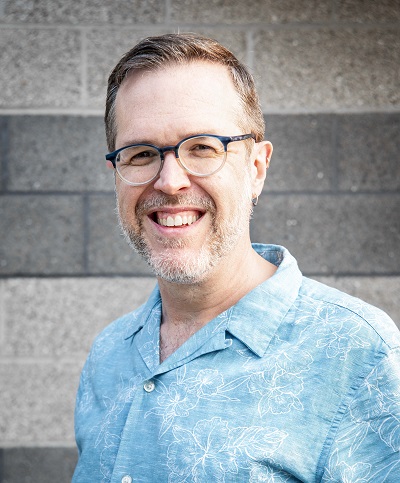 Peter Gil-Sheridan is a playwright and a professor at Vassar College in Poughkeepsie, NY. Peter was a founding member of The Pool, a pop-up theatre company formed with Lynn Rosen and Susan Bernfield and he is a regular writer-in-residence with the Silverton Theatre Mine in Silverton, CO. His new play, This Space Between Us, is running off-Broadway, produced by Keen Company, at Theater Row on 42nd Street. Wendy Sheridan speaks with him about this new comedy, which explores the expanse of cultural and political differences within a family as one member decides to head to Africa for a cause. Some questions the play evokes are: “How can we drop our complacency and get active?” “How much giving is enough?” “What does freedom look like for each of us and what does it cost us?”

In The Artscape, Wendy asks Robin Renée about hir latest creative endeavors; there are new songs in the works and an anxiety-producing technological learning curve to bring them into fruition. Earlier in 3 Random Facts, Robin and Wendy share some trivia about the invention of glitter, the origin of the term “salad days,” and why a certain jar of Vegemite in New South Wales is so special. The News gets to serious issues including closing arguments in the trial of January 6th defendant, Guy Reffitt (The day after recording Reffitt was found guilty on all charges), Georgia, Moldova, Ukraine and others’ application to join the European Union (there are complications), resistance against the new, terrible anti-trans law in Texas, a statewide student walkout in Florida against the “Don’t Say Gay” bill, and a campaign in the UK introducing guidelines for individuals to help combat global warming with lifestyle changes. In other, stranger news, the “killing stone” in Japan has split in two. Has the spirit of an evil nine-tailed fox been unleashed? At the end of the show, Wendy and Robin take on a listener question, “What book scared you when you read it?”

Get tickets for This Space Between Us by Peter Gil-Sheridan.

Read the book that scared Wendy.

Watch this in the spirit of Wendy’s glitter fact: