Some within our cultures and subcultures have strange ways of reacting to a basic everyday occurrence — women doing stuff. Too often there’s disdain, shaming, or disregard. Sometimes, thankfully, there’s recognition of success and accomplishment, even if in some cases, it is long overdue. This episode turns out to be a look at just a few instances of women doing stuff and the responses that follow. 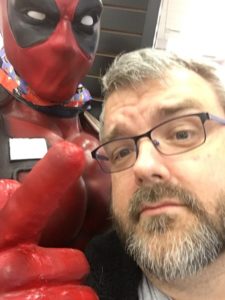 Ray Cornwall, former co-host of The GAR! Podcast, comics enthusiast, and self-described geek for hire, speaks with Robin Renée this week about #comicsgate and the harassment that women and transgender people have been facing if they dare take part in the world of creating comics. We hear about “The Milkshake Incident,” online attacks against Magdalene Visaggio (Eternity Girl, Kim & Kim) and others, plus some encouraging examples of people in the comics industry who stand against Comicsgate and advocate for embracing diversity. Later, Mary McGinley talks about the black women she’s been highlighting on the Leftscape Facebook page. The co-hosts share about a few who inspire them including physicist Shirley Ann Jackson, Union spy Mary Elizabeth Bowser, and tennis players Margaret and Matilda Peters.

Wendy Sheridan is doing stuff! Her Kickstarter project, (Post)Cards Against Fascism, has been funded! Thanks to all you backers who helped make it possible. She is busy designing postcards especially suitable for sending messages to your representatives in Congress. Other reasons to celebrate this week are National Polar Bear Day (February 27), Metamour Day (February 28), National Women’s History Month and Will Eisner Week both beginning March 1st, National Grammar Day (March forth!), and Absinthe Day (March 5). Birthdays include Lupita Nyong’o, Dr. Seuss, Karen Carpenter, Anne Sabagh, and Chaz Bono. 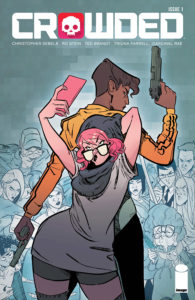 Read #comicsgate posts. Consider yourself trigger-warned. This is Comicsgate