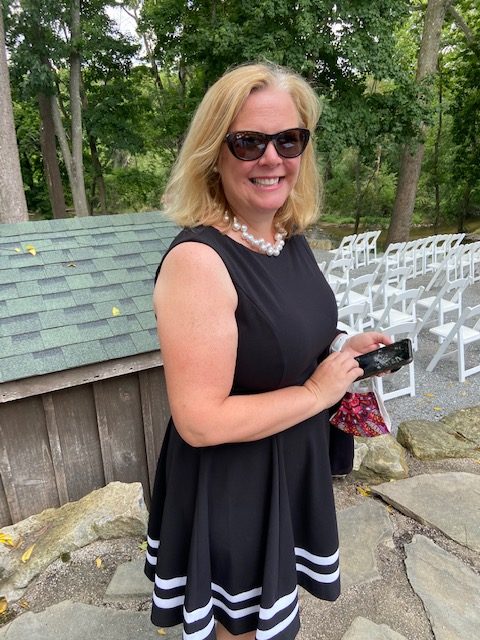 Elizabeth Graner is an educator, a mom, and a Democratic candidate for New Jersey’s 21st Legislative District. She grew up just outside Pittsburgh as the oldest child of five siblings in a first-generation Irish American home. She moved to New Jersey after college and worked in New York City in corporate human resources and immigration law before realizing her true calling as a teacher. Elizabeth wants to further that calling to advocate for her students and their families in state government. Wendy Sheridan talks with the candidate about how she found her way to politics, what it’s like to be in the race, and her desire to level the economic and opportunity playing field for all NJ citizens.

At the beginning of the show, Wendy gives a Rewind on mass shootings in the U.S. The Three Random Facts of the day involve Indonesian baseball player, “Mr. Nasty,” a grand parade of Egyptian mummies, and the strange demise of the singer of “Peanut Butter Jelly Time.” In Leftscape News: The next episode will be the 100th! In celebration, Wendy and Robin will host a 100th Episode Celebration (It may have a better name by then) on Friday, April 23rd at 8pm. Save the date and keep an eye out for more info. In other news: Terrible, Jim Crow-style voting laws in Georgia, President Biden’s “reefer madness” stance on cannabis, an updated interactive Media Bias Chart, royal unrest in Jordan, and good, local South Jersey news — The charming Clementon Park has been bought and the new owner intends to reopen. The first Artscape segment debuts later in the show. Wendy interviews co-host Robin Renée about hir musical and poetic work. Robin shares one new and one old spoken word piece in memory of close friend and musician, Kevin Coyle.

SAVE THE DATE: Friday, April 23rd at 8pm for the 100th Episode Celebration. Ask Us Anything and watch for your questions answered during the event!

Explore the high weirdness of The Church of the SubGenius.

Listen to Robin Renée on Apple Music, Spotify, or wherever you download or stream music.